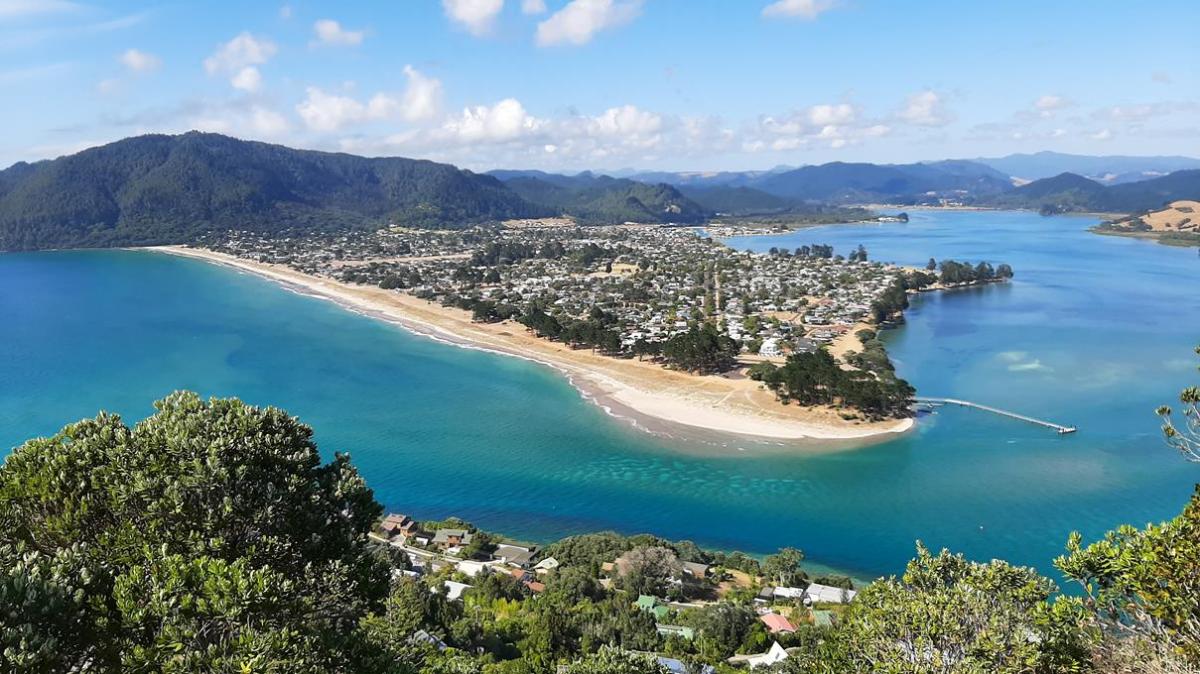 Our first stop of the day is Tairua to climb the Paku Summit. It’s a small volcanic cone with great views. We cheated a little by driving most of the way, leaving just a 45 min return walk, and the views of Pauanui are amazing.

Then a little play in the waves on the ocean beach. The beach has a very steep rake so the waves break late and large, so care is needed to survive!

Tairua has some great freedom camp sites but we resisted staying here and wanted to explore something different. Nearby is the historic area of Broken Hills. Gold was discovered here in 1893 and all that remains are the ruins of old mines, battery sites and tunnels. The first trail took us to Golden Hills Battery. There are old mines along the way, all locked up, but there was a short tunnel open…

Only the foundations remain of the battery site, where rock was crushed and the gold extracted with a cyanide process – we shudder to think how much of that made it into the river.

The trail looped into an adjoining loop named the Gem of Boom Creek. Just a good bush walk , but look out for the old jail cave.

We parked up in the DOC campground and headed off to find the Collins Drive tunnel. It’s a 2 hour return walk. Part of the trail follows an old water race with culverts and small tunnels, then a climb up the mountain to the 500m long tunnel. It wasn’t built for gold but for access through the steep mountain. And steep it was, as we discovered on the descent half of the trail. Well more of a goat track than a trail.

It was a hot day so we couldn’t wait to plunge into a waterfall rock pool we spotted at the start of the trail, followed by some well earned cold beers back at the camp. 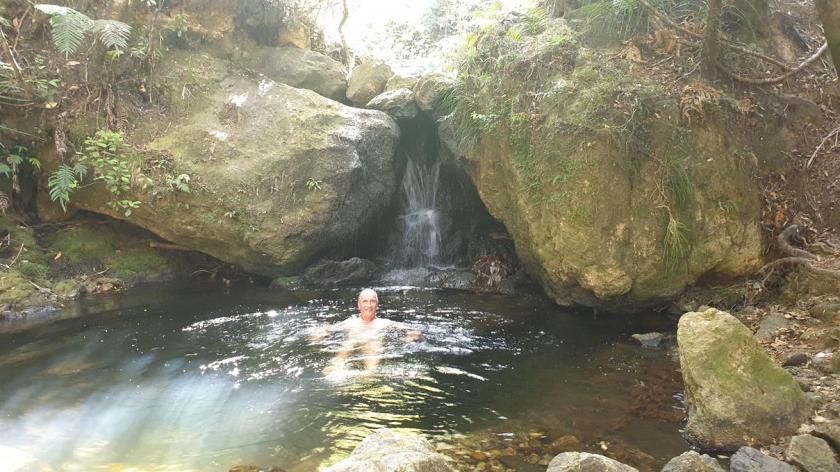 One thought on “Broken Hills Gold Mine”